Yesterday was the day we’ve been waiting for for a while now, the results of my post-chemotherapy tests. If I’m cancer-free, we go forward with the bone marrow transplant. If not, we start over.

Anyway, we got the results, and they’re kind of a mixed bag.

The biopsy of my bone marrow shows absolutely no cancer. This is great news, as the bone marrow is how the cancer was spreading and what was causing my pain. It’s also typically hard to remove from bone marrow, so it shows that the chemotherapy was pretty effective at getting it out of there.

Even better news is that they’ve found several 100% matches for my bone marrow transplant. This means that once we start the process, it can move forward really quickly. According to what we’ve read, other people have to wait months to find a donor, so I’ve been really lucky here.

Personally, I’m particularly excited about the fact that the type of bone marrow transfer I’m getting means that my immune system will be completely overwritten by my donor’s immune system. That means I can say goodbye to my Celiac disease, and probably some of my allergies as well, which is fantastic news.

Unfortunately, the results from my PET scan were less great. They showed “hot spots” in both of my femurs, which are areas of increased cellular activity. The scan doesn’t show exactly what’s causing the increased activity in my legs, but it could definitely be a second cancer (it could also be an infection, though that’s less likely), so we can’t move forward with the transplant until we know exactly what’s happening in there. 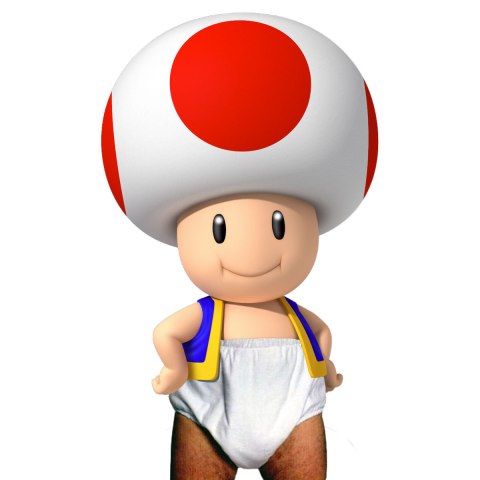 Much like this great picture of Toad, it’s my legs that are troubling.

To get some answers, a normal biopsy isn’t going to cut it here, so we’re going to have to open up one (or both) of my legs and really get in there to see what the trouble is. I have an appointment next Thursday (the 26th) with an Orthopedic Oncologist, where we’ll talk about the surgery and hopefully get it scheduled. Even after the surgery, it’ll be another week before the results, so it’s going to be a while (at least three weeks is my guess) before we know what’s causing these hot spots.

I hate not having answers, especially when I have so many family, friends and co-workers worried and wanting to know how things are going, but I’ll take the good news where I can get it, and the fact that I have no scheduled chemo for at least the time being is a great feeling.